round 3 results and photos

Information about the World Junior Chess Championship U20

After 3 rounds of the World Junior Chess Championship has gone, no result can surprise the audience. In a dynamic competition the fight for the first places is wide open. The top board in the junior section finished a draw between GM Popov and GM Li Chao. GM Nguyen – GM Leon Hoyos and IM Arik Braun – GM David Howell followed suit, leaving the top positions vacant. This was cleverly used by GM Safarli and IM Sanikidze who won their round 3 games. They will be sharing the top position with GM Amin Bassem who won against GM Negi.

The chasing pack is close behind and includes WGM Yifan Hou, who surprised GM Ante Brkic with the black pieces, GM Wesley So who won against IM Boros, as well as GM Zhigalko, GM Gupta, etc.

In the girls section IM Harika won the top board all Indian derby against WIM Padmini. Abrahamyan Tatev entered the race for the first positions after a nice victory over the local hope WIM Yildiz Betul Cemre. WGM Marya Muzychuk also won her game against WFM Pertlova. 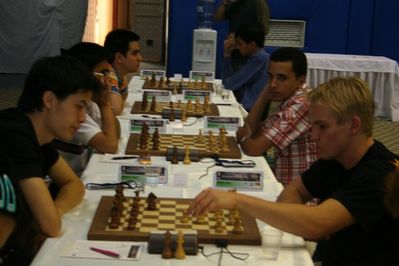 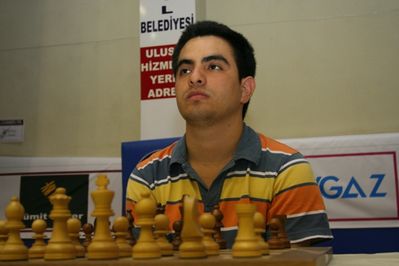 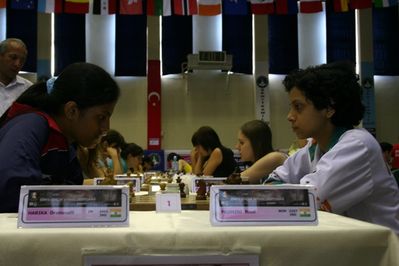 IM Harika vs WIM Padmini
Indian derby on board 1 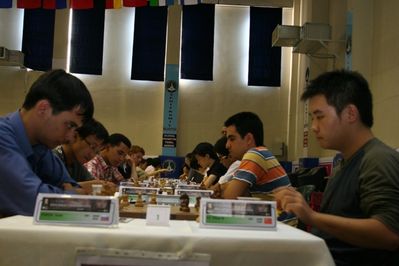 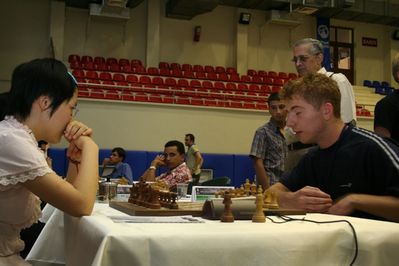