Day four was meant to start calmly, with a little less media attention and more spectators. And it would have, except for Mamedyarov’s tardiness that is on the way of becoming a trademark or a weird opening ritual. 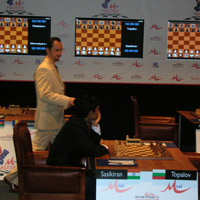 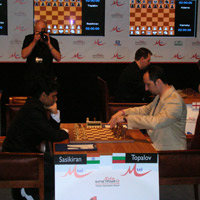 On board one we see Sasikiran and Topalov, more detailed information about their play you are able to get from the LIVE commentaries from GM Dimitrov in our live section.

The matches on board two and three are Mamedyarov-Nisipeanu and Kamsky-Adams. 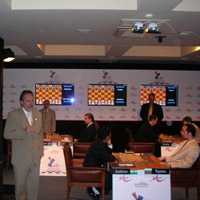 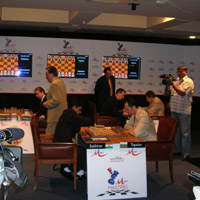 Kamsky-Adams began with Adams playing his favorite Steinitz defense in Ruy Lopez. The games are still in their opening phase and expect our six players to bring us an exciting chess Sunday afternoon. Keep updated and follow the live commentary. 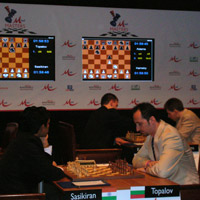 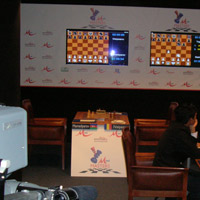 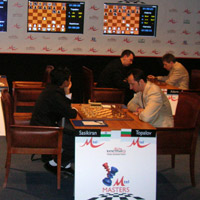 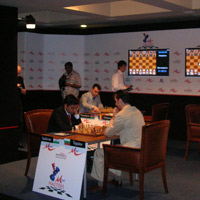 Mamedyarov-Nisipanu started off with the Bluemenfeld gambit, in which the Romanian GM scored a fantastic victory against Kiril Georgiev last year at the European Team Championship. 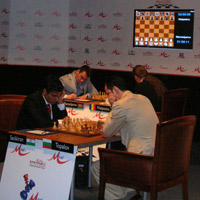 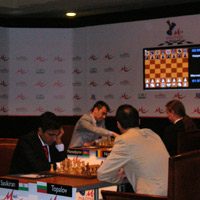 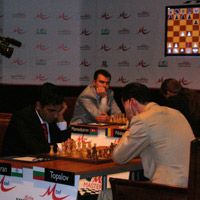