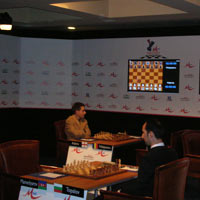 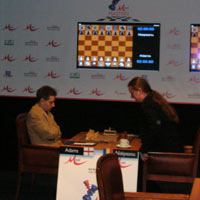 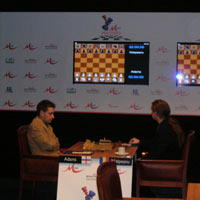 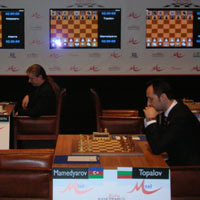 Apparently the rounds of the third edition of Mtel Masters are all going to start a bit off for Topalov. At the opening day the Mayor of Sofia belated Topalov’s first move, Topalov himself was tardy for the second round and today we saw him patiently waiting for his opponent (Mamedyarov) on board one, long after the other two matches had begun. For several minutes Mamedyarov was nowhere to be found, press and players sharing the astonishment. Fortunately, he showed up, and the game could continue as planned. 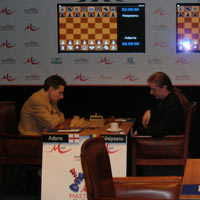 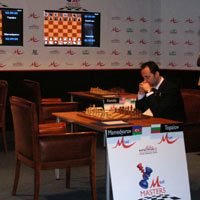 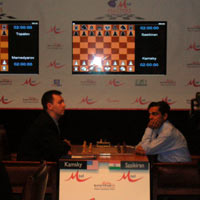 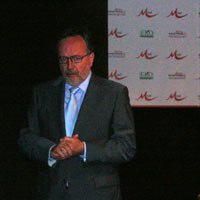 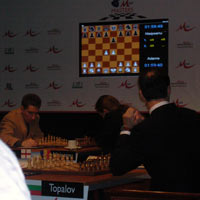 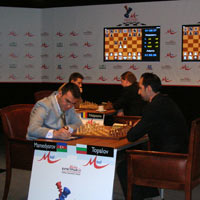 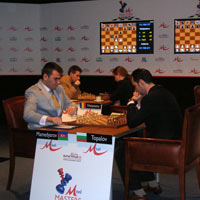 Now, about an hour and a haft into all three matches, we can notice the following: Kamsky and Sasikiran seemingly are moving towards the draw, Mamedyarov and Topalov are showing a promise of a fierce fight and in Nisipeanu and Adams it appears that Adams has a promising compensation for the sacrifice of material on e6 he made several moves ago. 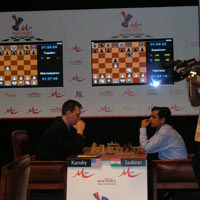 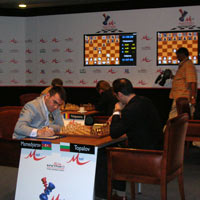 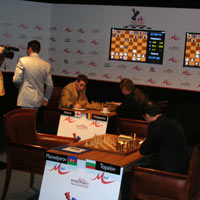 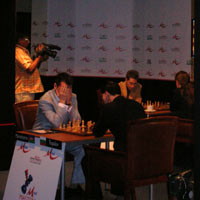