In the 4th round of Ikaros Chess festival were the first serious clashes between the stronger players of the tournament. On the 1st board Evgeny Postny beat Sebestian Siebrecht, while the game Lubczynski-Banikas ended in a draw. The other two GMs Markus and Shneider beat Lekic and Raeva respectively while the game Srebrnic-Nikolov ended in a draw by triple repetition. Finally the game on board 6 ended abruptly when on the 7th move the mobile phone of Olga Dolhzikova rang so the game was immediately declared lost for her.

In the 5th round today the most important games are between Shneider and GM Postny and between Henrichs and Markus. The games between the Greek Champion Christos Banikas and the young Veronika Minina and between IM Nikolov and the young Greek player Apostolis Tsiropoulas who goes very well so far are also anticipated with interest. 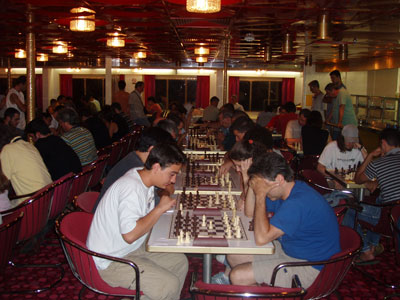 The blitz tournament on F/B Sardinia Vera during the trip to Ikaria was very successful
Due to the strong wind in the Aegean Sea, according to the participants, this was the most shaking tournament they have ever played 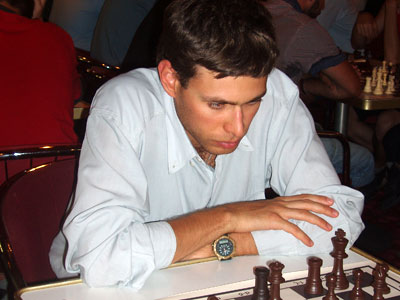 GM Evgeny Postny, undisputed winner of the blitz tournament with the impressive 9/9 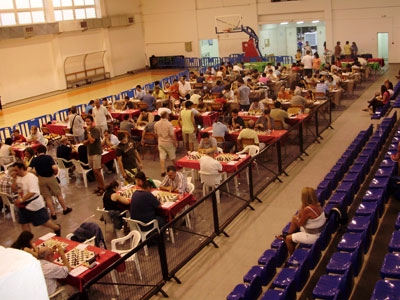 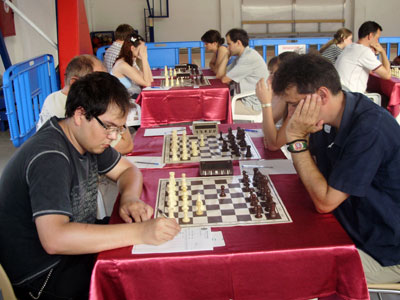 From the 4th round, GM Robert Markus vs. IM Dusan Lekic 1:0