Levon Aronian and Magnus Carlsen have tied first place at this year Corus super tournament. While Levon repeated his last year success, when finished tied first with Radjabov and Topalov, Magnus, just like Novak Djokovic in tennis, wins the first Grand Slam in his career to open the season. 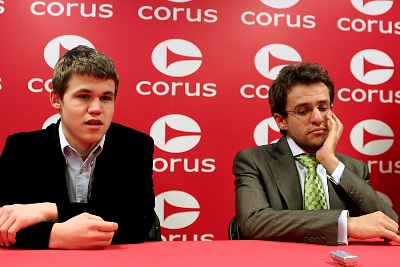 Magnus happy with his score, Levon appears not to be so thrilled? 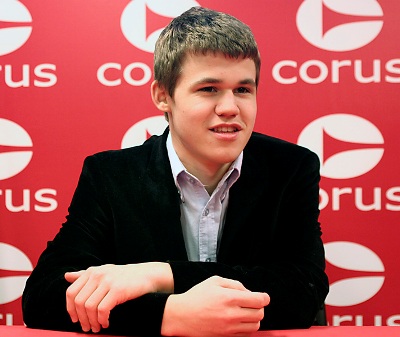 Magnus Carlsen at the press conference 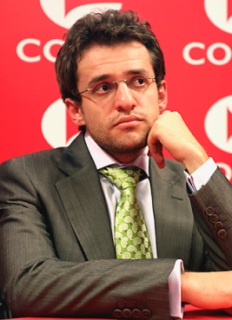 Levon Aronian at the press conference 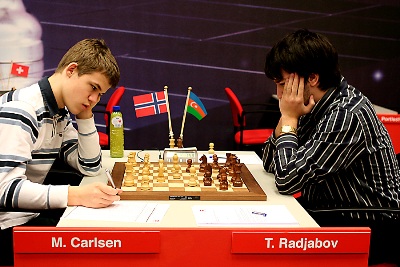 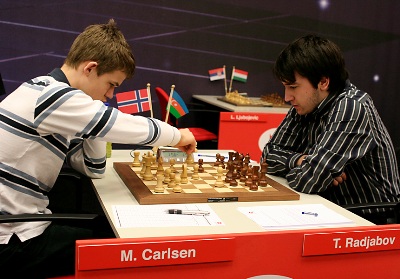 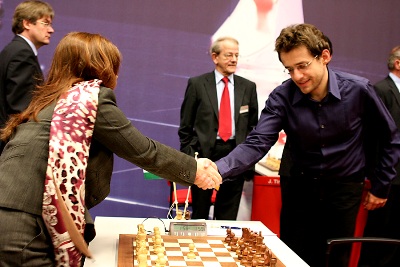 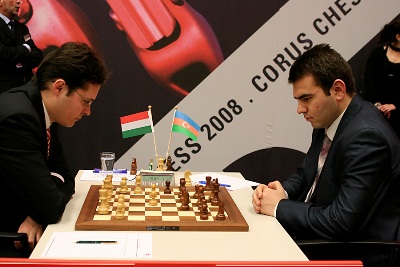 Peter Leko wins the last round against Shakhryar Mamedyarov 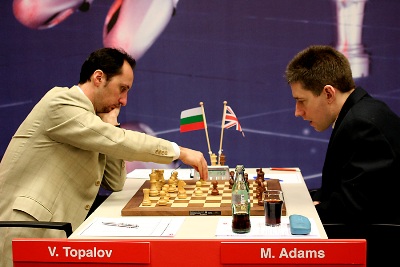