Exactly 48 hours before the opening move of the World Chess Championship 2008 Viswanathan Anand and Vladimir Kramnik were present at the today’s press conference. 48 hours from now the games will start. A total of 12 games will be played (and a tiebreak if needed). They will be live on Foidos and GM Dimitrov will annotate for you as usual on Chessdom.com.

Both players were in a very good mood. They both informed the journalists that they are ready to play the match, after so many months of preparations they are happy to finally start it. The team members were also announced by each player:

For a few days we have known that Peter Leko will be part of Kramnik’s team. Peter Heine Nielsen was also know to be with Anand, while Magnus Carlsen was surely off the list with seconds, as he is playing for Mika at the European Club Cup together with 23 players over 2700 and 60 players over 2600. Here are all the seconds of Anand and Kramnik.

Mr. Josef Resch, president of UEP and match director, greeted the guests of the match, presenting them the general information on UEP company, stressing his willingness to organize chess competitions on the high level. He thanked the main sponsors Evonik Industries and Gazprom, and he thanked the World Chess Federation, mentioning great contribution that was appreciated very much. Mr. Resch expressed his gratitude to Mr. Peer Steinbrück, the Minister of Finance of Germany, who is the patron of this event. A great help and assistance made by the City of Bonn, Art and Exhibition Hall, German Chess Federation and the team of UEP was also appreciated.

Mr. Georgios Makropoulos, FIDE Deputy President, expressed his personal impression as well as an belief of the World Chess Federation that there will be one of the greatest competition in the chess history. There is everything to achieve this: wonderful city was chosen for the match, cultural place to play it, high level organization, respected sponsors, and finally two of the best players of the history. All facilities and preparations to the match were carefully checked before the match starts. FIDE is fully satisfied with the organization. Mr. Makropoulos also mentioned that he is more than sure that the match will pass in a friendly atmosphere and wished to both participants good luck.

Inspection of the venue

The official website reports that the participants of the match observed the facilities and conditions of the playing hall and they were generally satisfied with preparations. This general satisfaction was later detailed by the Foidos team. Both Kramnik and Anand were not comfortable with their chairs, so UEP had to replace them. Rest rooms were next to be checked. Both players have showers and separate bathrooms, and no cameras are installed. 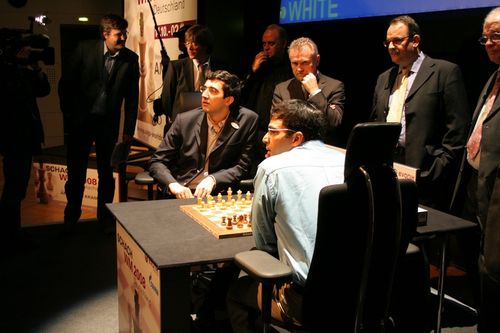 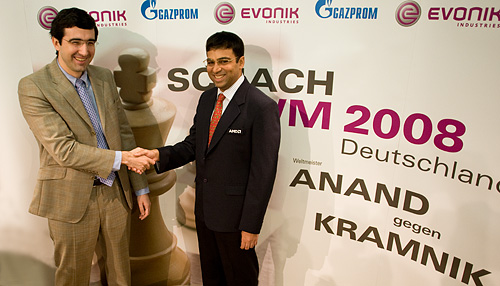 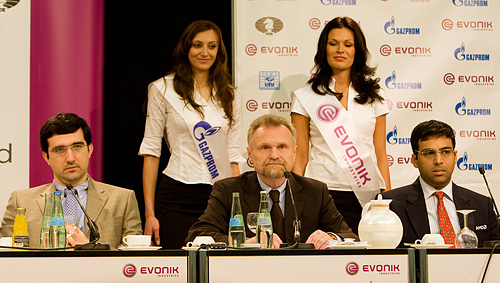 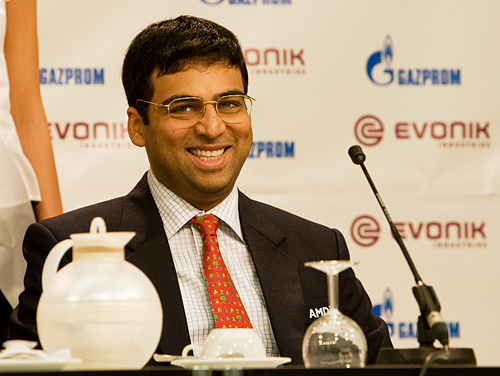 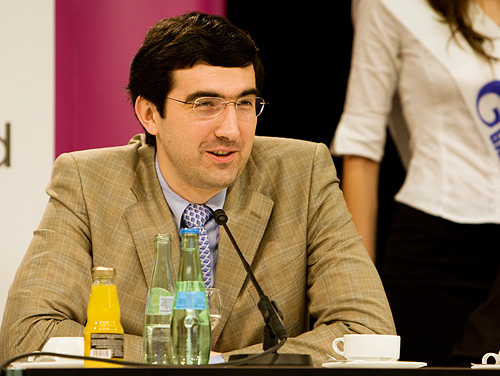 Photos by Foidos and Torsten Behl.