Krishnan Sasikiran scored a third successive win and in the process avenged his recent loss at the hands of Parimarjan Negi in the inaugural AAI Grandmasters Chess Championships that is now halfway through.

In another game, Women’s World champion Hou Yifan got her first points through a draw against Filipino Wesley So in 52 moves. A little later the third game between Fabiano Caruana and Viktor Laznicka, which began in the Caro-Kann Advanced Variation, also ended in a draw in 59 moves. It was the first time a round had produced two draws. Full round five report.

Replay the games with computer analysis

Caruana and Laznicka waiting to start the match 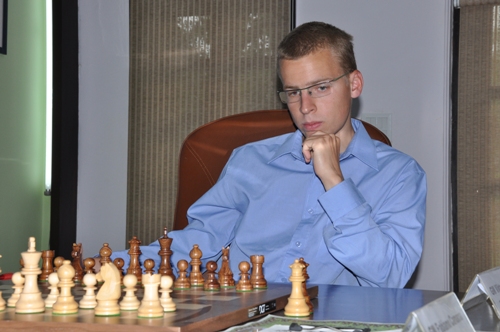 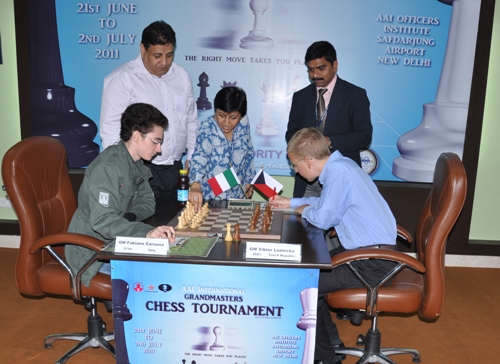 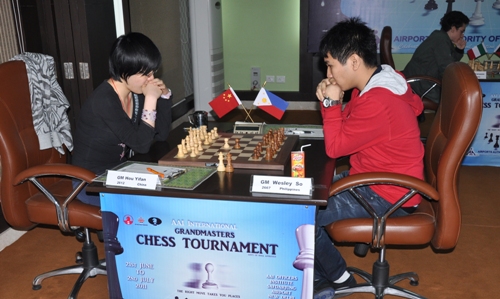 Hou Yifan and Wesley So 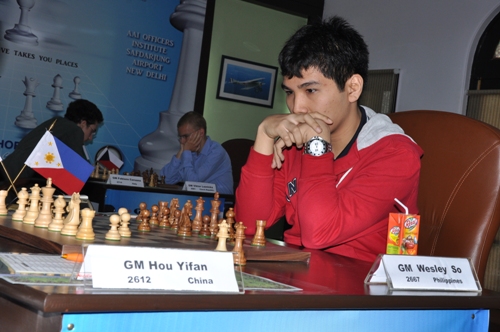 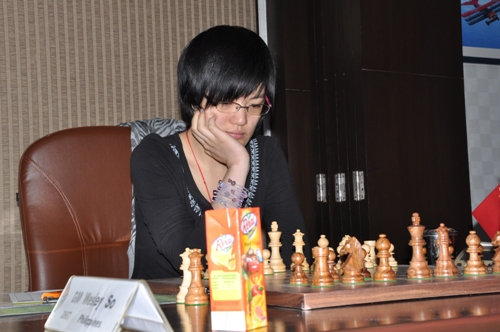 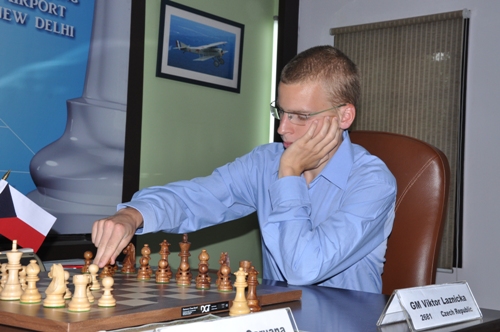 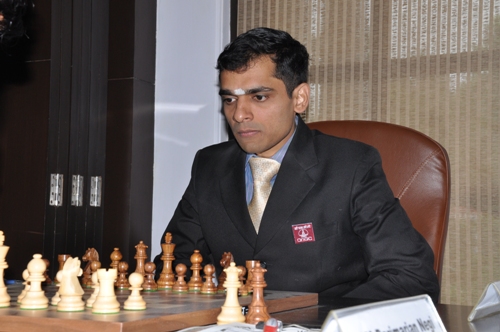 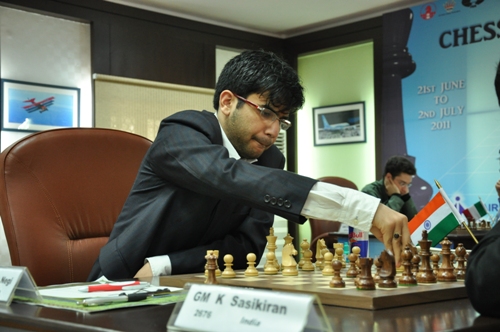 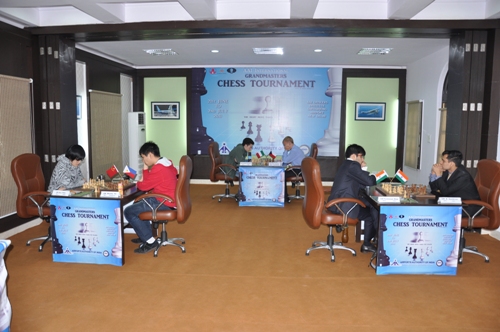