The 53rd edition of the international chess tournament “Torneo di Capodanno” will be played in Reggio Emilia from December 28th 2010 to January 6th 2011. First photos are now available thanks to Adolivio Capece and Martha Fierro. 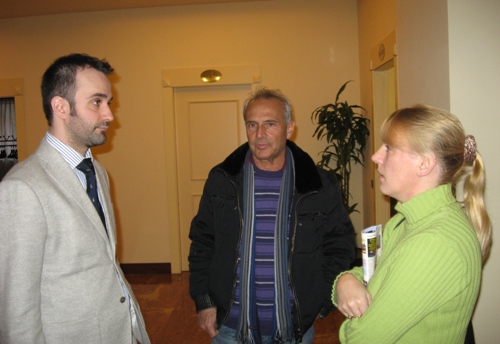 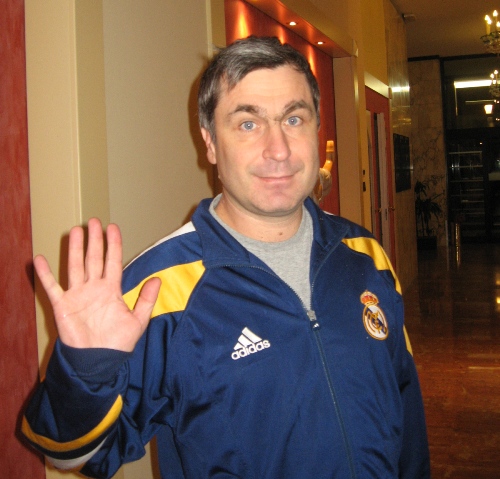 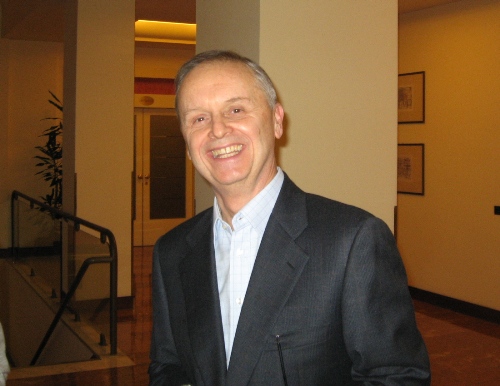 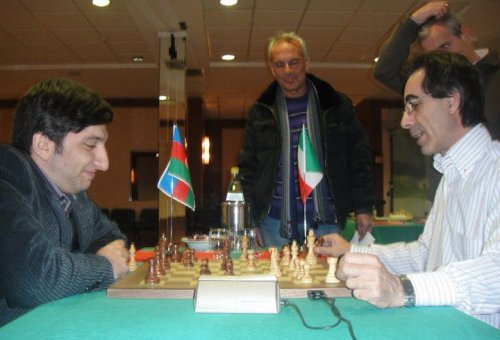 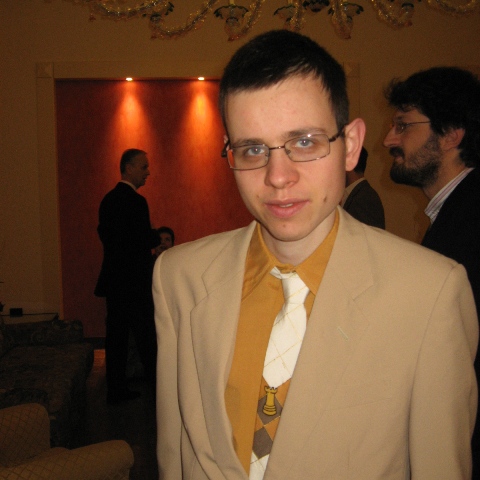 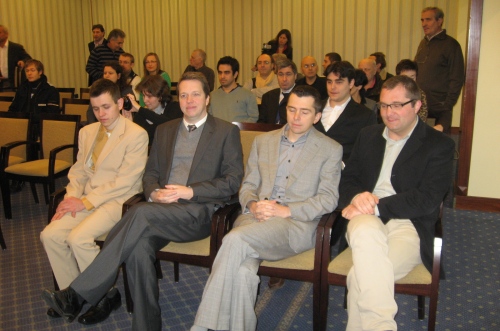 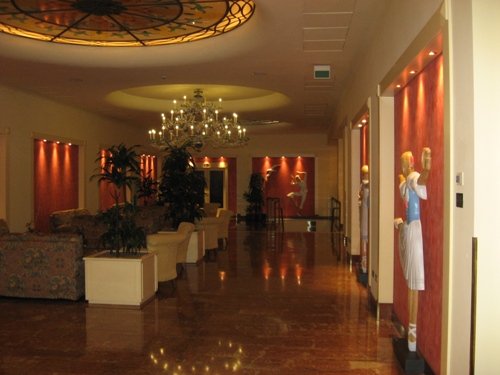 The playing venue will be at the Hotel Mercure Astoria

The official opening of the Bansko ski season and of the Bansko Grand Chess Open 2010 took place on Sunday, 12th December, at the Central City Square. The singing group “Pirinski Biseri” opened the ceremony, and then the ECU Board Member Theodoros Tsorbatzoglou spoke about the chess tournament.

Mr.Tsorbatzoglou thanked the Mayor of Bansko, Alexander Kravarov, the Bulgarian Chess Federation and the ECU President, Silvio Danailov, for the invaluable support in preparation of the chess tournament.

Mr.Kravarov welcomed the chess players and wished them a pleasant stay in Bansko. Both speakers expressed desire the chess event to be held annually. Mr.Kravarov and the top-seeded player GM Ivan Cheparinov made the ceremonial move on the stage, and then the folklore group from Alexandropolis, Greece, closed the program. 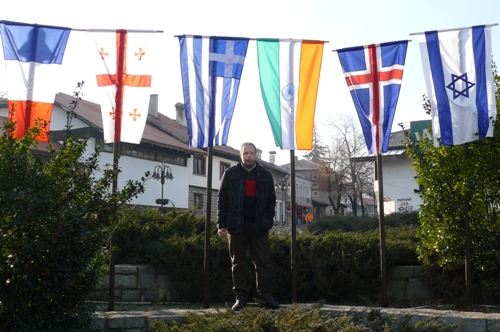 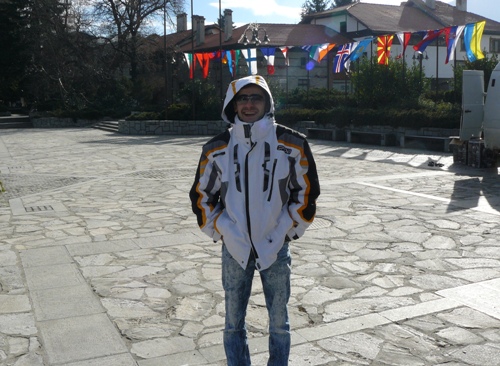 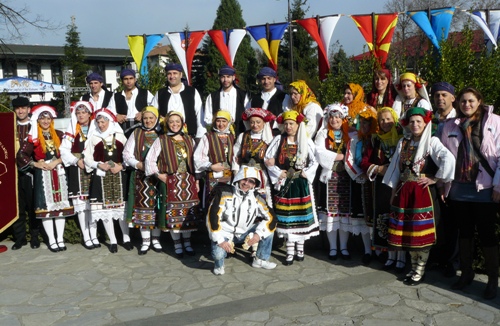 Folklore group from Alexandropolis, Greece, and a familiar face among them 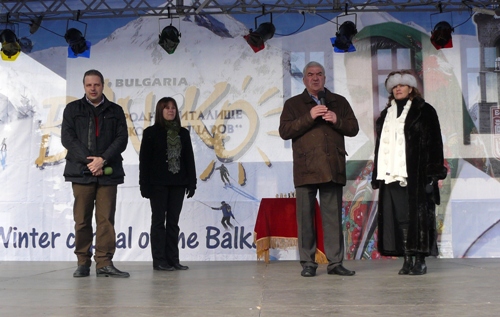 Theodoros Tsorbatzoglou and Alexander Kravarov speaking at the opening ceremony 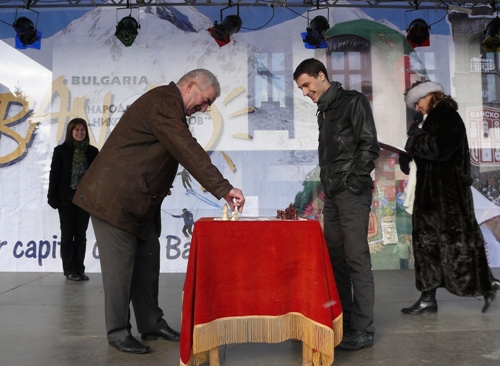 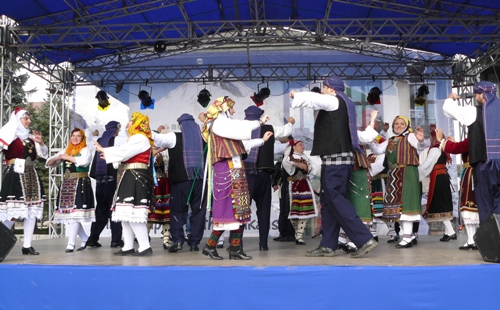 Guests from Greece dancing on the main stage

The Opening Ceremony of the Women’s World Chess Championship was held in the Hotel Anemon. It was attended by the President of Turkish Chess Federation Ali Nihat Yazici, the governor of Hatay M.Celalettin Lekesiz, and the mayor of Antakya Lutfu Savas who welcomed the participants. During drawings of lots the World Champion Alexandra Kosteniuk chose the rose with the white earring which means that in all odd matches the players with better rating will have white pieces. 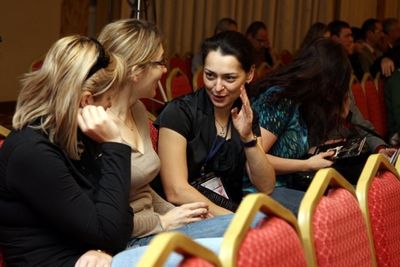 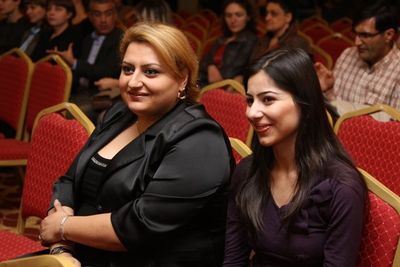 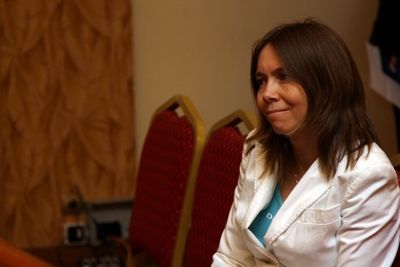 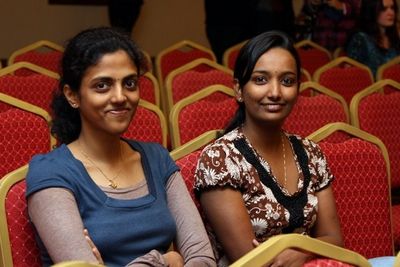 India is one of the most represented countries at the final – at the championship are present Humpy Koneru, Harika Dronavalli, Kruttika Nadig, Meenakshi Subbaraman, and Soumya Swaminathan 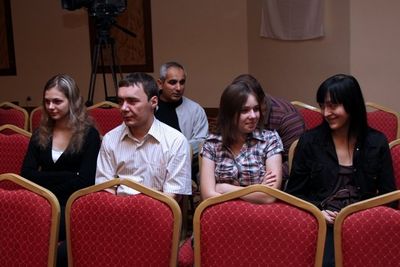 Muzychuk sisters, Anna playing for Slovenia and Mariya for Ukraine, together with Anna Ushenina 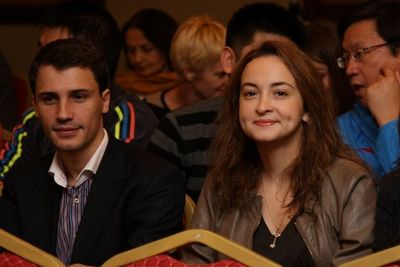 Ex World Champion Antoaneta Stefanova will have a very strong second for this event, Ivan Cheparinov, in search of another title