The powerful team of OSG Baden-Baden recently claimed a fourth consecutive title in the German team championship, popular Bundesliga. The last two rounds were played on their home field and this was an excellent opportunity for Mr.Christian Bossert to take many attractive photos. Originally posted on Zugzwang.de. 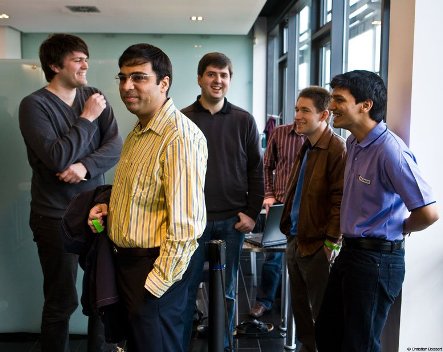 The team of Baden-Baden in good mood 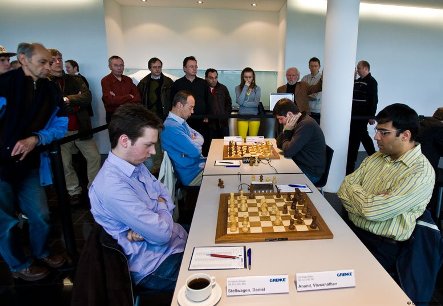 World Champion Viswanathan Anand played on the final weekend to celebrate team’s title. Here he is Black against Dutch hope Daniel Stellwagen (Round 14) 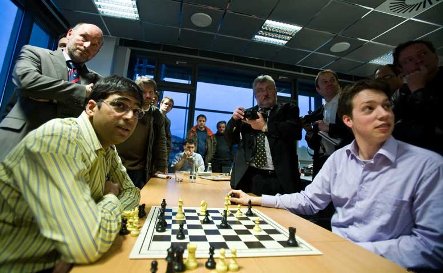 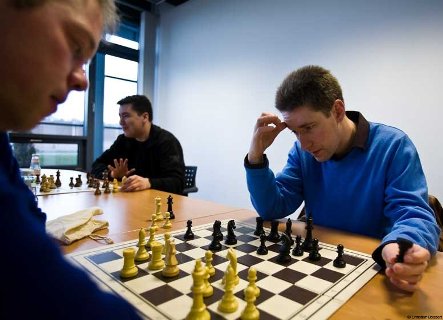 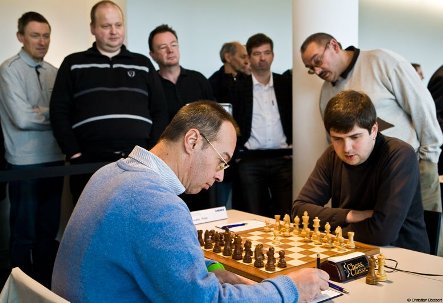 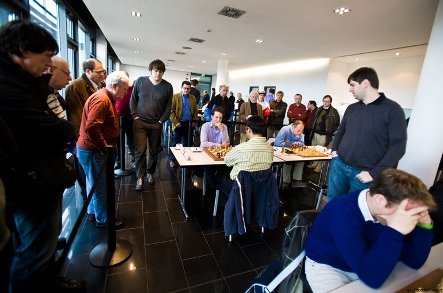 The atmosphere in the playing hall 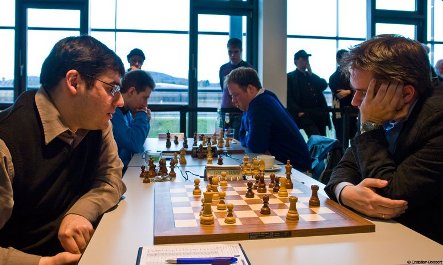 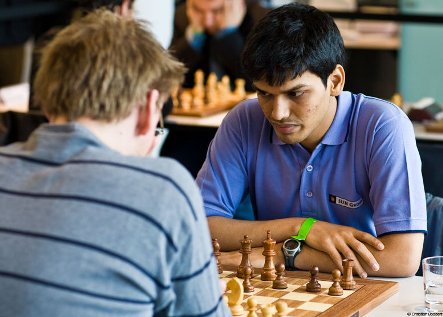 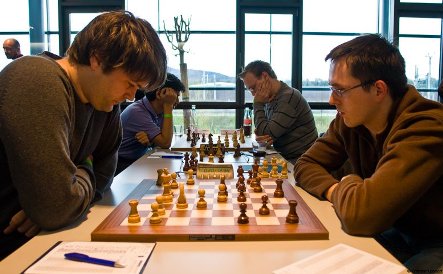 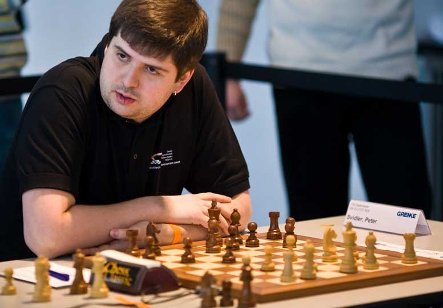 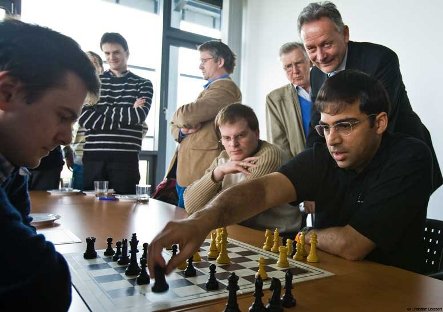 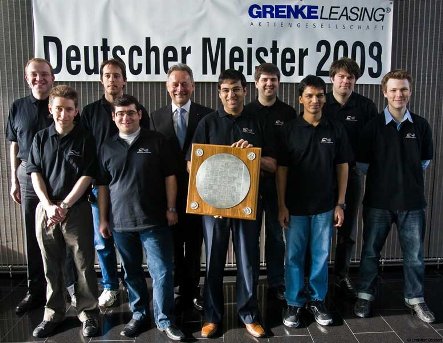